At an age where only memories could uplift her spirits, my mother was denied this one final chance at relief. She was afflicted with Alzheimer’s disease and passed away on December 2, 2005.

The ailment began to manifest itself in 1992, a few months after my father’s death. The images she nurtured in her mind all seemed to blur as`the stages progressed. Relatives theorized that her will to continue waned when the only man she loved passed `away. My concerns then were not on theories but on the fact that my mother was losing us, the children and grandchildren she had cared for and dedicated her life to – not in the physical sense, but in the meaning of all she had endured for us all – to see us successfully through. It is those memories of the efforts she exerted, whether we showed appreciation for these or thoughtlessly took for granted, that would provide the most meaningful reason for her existence. Yet these were continuously eaten away by an irreversible malaise that championed her plight into oblivion. She was almost unknown to herself.

She died without recognizing any of us, nor her grandchildren, even at very close range. On several occasions, she would ask who we were , forgetting our response to the same query a few seconds ago. It often reminded me of a period in 1973, when even at a far distance, she recognized me and I could instantly feel her longing to hug me; despite being barred by soldiers and a wired fence, looking so gaunt, bruised, unclean and unrecognizable from loss of weight and psychological pain. I could feel the hurt etched in her eyes and see the tears welling her face, and I began to recognize the agony she went through, the pain of not knowing for several months whether I was alive or dead. The only positive factor the ailment brought was that she lost the painful events that transpired in the course of her struggle, to direct our lives the best way she knew how. It is a most bitter irony for her to be denied the joy of remembering that we all made it, in spite of ourselves and the depth of our youthful flaws. She lived in us but we faded in her. In a lot of instances, we were the closest strangers in her world, a world that increasingly became strange to her. 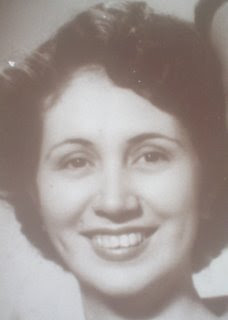 My mother was a natural soprano and she could liven up an evening with songs. She also delighted in seeing us perform and dance to the music of our generation, and adapted to singing and memorizing the lyrics of the 60’s and 70’s genre of artists and songs. In 2001, I bought her a karaoke machine and programmed it with songs she used to sing. What was uncanny was that she would start talking about events as a song was played. It gave proof that the songs which were such a part of her life allowed the flow of memories which were attached to it. Thus began my nightly concerts with my mother. We`were later joined by my kids and her other grandchildren. But the songs she chose to sing moved from the 60’s to the 40’s, until she could no longer sing any of those we programmed into the unit. Her disease was progressing fast.

On that final night, we tucked her to bed as she hummed an old folk song in her native dialect which we never heard of. She died in her sleep. But I was grateful for what memories returned when she played the karaoke unit. I was happy that even in fleeting moments, she was able to savor the mirth of the union with her family under the pleasant atmosphere of peaceful existence and carefree celebrations. I was extremely thankful that even in those rarest of times and tiniest of instances, she was my mother, and I her son.

My only lament was that I was unable to add more to her fondest memories when she was still in a position to remember. I am however assuaged by the fact that in some magical way, I was able to bring memories for my mother.

DURANO LAWAYAN of The Spitting Vessel is one writer I admire so much.

I know my description would not be sufficient to describe this brilliant, dynamic writer.

He writes about anything and everything under the sun, with such fluency and audacity. Yes, he writes from the heart and expresses his thoughts-no matter what. This extraordinary ability demonstrates a person who have been exposed to a lot of varied life experiences.

You should visit his blog to understand what I mean.

Thanks again Durano, for contributing to my soon to be published book – “Inspirational Stories of Bloggers All Over the World.”