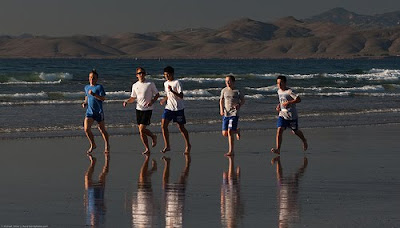 I got married at a very young age; that was why when my children were growing up, I simultaneously learned how to be a responsible adult and a good mother as well. It was a Herculean task! But I was an optimist (and still am), so I bravely faced all the challenges with a grain of salt and a smile on my face. I had to perceive these experiences as fun and joyful because they were peppered with humorous episodes along the way.

These are a few of those joyful memories that I and my son experienced in our quest for maturity.

When my son had his first crush, he went on all day and night, bugging me about what would be an appropriate gift for her on Christmas day. After we did our rounds at the mall, we decided on a cute pink teddy bear. He was so excited when we finally bought it. The party came and he was literally bouncing with joy. At last! he can now express his feelings. I was as excited as he was. He wrote his letter and tucked it into the arms of the teddy bear before requesting me to wrap it. He went to the party with a lilt in his steps as I waited anxiously at home.

When he came home however, he was sad and sullen. “What happened? She didn’t like the gift?” I asked worriedly.

” Well, she didn’t want to accept it,” he replied sadly

“Why?” I inquired, surprised.

“You see mom, it was not her name on the gift card” he exclaimed , and there were tears in his eyes.

My heart stopped for one interminable minute. What name did I write? Was it Cindy? Or Claire? In my haste and excitement, I didn’t double check with my son.

“Well mom, her name is not Cindy, it’s Claire!”

You could just imagine how I felt. I was thinking how dumb I was not to have verified her name! I reprimanded him for not double checking the card himself. But eventually I had to apologize because it was clearly my fault. We were both so excited and I had inadvertently made a mistake.

I was worried that this first “girl- experience” might traumatize him . My worries were unfounded however, because after two days, he came to me and said: “Don’t worry about it now , mom. If she couldn’t understand a simple explanation, then I don’t think we could hit it off as friends,” and with that, the matter was conveniently forgotten.

We had learned a lesson though. In his succeeding gifts, he made sure he wrote the cards himself. He still asked for help when deciding on what to buy and when gift wrapping; and yes, sometimes I still wrote the names, but he always double-checked them before handing them over to the recipients.

Another event that made a mark also in his teen years was the time that he was establishing his adulthood. He was a college sophomore then and fraternity was the “in” thing. The concept among his peers was that: you were not a “man” unless you belong to a fraternity. The problem was that in previous cases, the process of their “neophyte initiation,” serious injuries occurred and some even resulted to death.

This made me very nervous and I was praying to high heavens that they would leave him alone. He; however, was not spared. He came to me one morning with that dilemma in his mind. A classmate was recruiting him for a certain fraternity.

I had to consider that he was no longer a young child whom I could command according to my wishes; that in the end, he would be responsible in deciding what course of action he would be embarking on.

It was serendipity that one of my students was an ROTC officer and they were enlisting new recruits for officer’s training.

” You don’t have to prove you’re a man, ” I said with all the confidence I could muster. Earlier, I had talked to my husband about this and he had assured me that we had brought up our son well and he would have to decide correctly on his own.

“Only those who are not sure of themselves will have to prove themselves, ” I said to my son.

“I know mom, but I would like to join primarily because I want to strengthen my physical stamina and learn how to be a good team player.”

“Okay, I have a more attractive alternative, ” I winked at him. ” The ROTC will be training new recruits for their staff. I don’t have to enumerate the benefits you could reap from this, if you pass their intensive training.”

To make the story short, he opted for the ROTC officer’s training. He had undergone one month of rigorous physical and mental training. The last day of their training was what they called the “Hell Day”, where they would have an overnight stay at the school grounds. I have heard that they were physically manhandled and severely exhausted by their training officers on this last day. Whoever could not make it on that particular event, would be eliminated.

So there I was, so high strung , even summoning my student to ask if the rumors were true. He just smiled and said: ” Trust your son, Ma’am.”

I could not relax though. When it was nearing midnight I stormed the school gates demanding to be allowed inside the campus. The kind security guard allowed me in when I refused to leave.

My son’s face was a mask of embarrassment when he saw me. The Officer In Charge however was accommodating. He even offered me a seat as their guest of honor and I had a bird’s eyeview of what was happening in the entire field.

They were going from one training officer to another and they were made to do exercises (crawling below a barbed wire fence, kneeling on peas for several minutes, running around the field until the officer told them to stop, etc. etc.) I felt exhausted just by looking at them.

After sometime, there was a nudge on my shoulder. I turned to face my son who said: “Mom, don’t worry about me. I’ll be okay. You’re the only parent who’s here, please don’t embarrass me. “

He bent, kissed me and whispered :” I love you,” and before I could reply, he was off in a flash, back to his marathon.

I stood up and felt hot all over. What a fool I was! Indeed, I was the only parent in the oval. I waved at their OIC and left hurriedly, assuring myself that my son would be fine, that I had nothing to worry about. He came home the following morning with raw bruises and minor wounds – but he was alive!

Of course, he graduated from the ROTC officer’s training the following week , with flying colors! As I stood there proudly, pinning his medal, I learned another lesson: I was there to guide him, but he has to tread his own way to manhood.

Presently, at age 31, he is the youngest major in the regional military camp here in our locality; and had been assigned as the OIC of one big division.

There are still numerous events that we both encountered in his growing up years, but suffice to say that raising my son was a great learning experience not only for him, but also for me. I would like to categorically state that I had survived raising my teen, and what a wonderful journey it was!

20 thoughts on “I Survived Raising My Teen”