My name is Pepe. I am 12 years old. People say nobody would read what I will write because I lack schooling and English is my second language but you see, I very much want to share with you the story of my friend Dave. I am confident that although I’m not really a writer, I hope I will be able to communicate the message I want to, through this story. My qualifications? I earned the “Best in English” in my grade six class. This is my story.

I met Dave one night in a bar. Right after I graduated from elementary, I worked as an errand boy for Paradise Bar. I wanted to earn to be able to continue my schooling the coming year.

Dave was not one of the “ugly Americans” as others call them. (“Go home, Yankees!” I often hear the cry of protesters in the streets.) 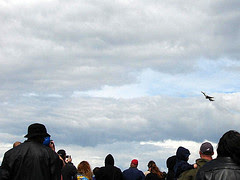 According to the women in the bar, he looked like Mel Gibson – the actor in Braveheart. (I watched that movie several times with them, and I had to agree.)

When the other airmen were noisily drinking, he was just in one corner, silently sipping his beer. He was also soft spoken and treated me kindly -unlike the other Americans. He always gave me a tip – not in coins but in paper- that was a lot for me.

Every night, he came to the bar, all by himself. The women would crowd around him and tried to talk to him, but in the end , he always preferred to be alone. One time when all the customers left and I was done gathering the empty bottles, he summoned me.

“What’s your name?” he smiled.

“Where do you live?”

I was surprised, “What work?”

” A yard boy and someone to clean my house once a week,” he continued smiling at me. “Lighter work, and more pay”

” You can start tomorrow.”

I started working for Dave. He lived alone in a three – room apartment near their Military Base. I learned that he was a pilot – an officer – he had a “wing” symbol on his military uniform. At times when I was done cleaning the yard, he would talk to me about his family back in Wyoming. How he missed them. He said he had a younger brother my age. (Perhaps that was why he had helped me?)

He went less and less to the Paradise Bar as days went on. He allowed me to stay in the other room of his apartment. I went home during weekends to give money to “Nanay” (mother). I was earning more and I was able to save money too.

During evenings, we would barbecue at the backyard and just talk. He asked
me about my family and my plans. I told him about how I wanted to go to high school; that I was the eldest of 5 children and that my parents could not get good jobs because they were not able to go to college too.

I was not telling him this to ask for help. I was telling him because he was able to encourage me to talk and I didn’t usually open up that easily. I think we were alike because we didn’t talk openly about ourselves to other people.

One day when he came home;

” Myrna, this is Pepe, Pepe this is Myrna – my girlfriend.”

I was shocked. I stared at her face and saw a smirk. I did not like her but I shook her hand anyway.

I could hear Myrna’s laughter echoing in the house.

“You don’t like her,” Dave said when she left.

I did not reply.

“You’ll like her when you’ll get to know her better.” he said and I nodded.

Everyday thereafter, Myrna came to the house even when Dave was not there. She ordered me around like she owned me. I am not new to this as bad people always do that to poor people like me.

“Pagkatapos mong gawin iyan, labhan mo ang damit ko!” (After you’re done with that, wash my clothes!) She would bark the order at me.

I had no choice but to obey, she was my boss’ girlfriend and I could see that Dave’s happiness was complete with her around.

One day. when Dave was at work, Myrna came. She had a man with her. They went straight to Dave’s room. I can hear her giggling.

There was no reply and when they came out, she was carrying Dave’s big camera in one hand.

“Ate,” I asked ” Saan po ninyo dadalhin iyan?” (Where will you bring that?)

“Wala ka na doon”, (It’s none of your business) she pouted at me.

I could not do anything when she walked past me. When evening came, Dave arrived and I waited for him to ask about the camera but he said nothing , so I presumed that everything was well.

During the days that followed however, I noticed that Myrna no longer came to the house. Dave went back to his usual silent moods. I tried to talk to him but he answered in monosyllables.

“No, don’t worry about that,” he replied, and that was that.

He did not want to talk about Myrna and I did not dare ask. By then I knew that when Dave wanted me to know, he would tell me. As days passed, his mood improved.

We went back to cooking barbecue and talking about his experiences: how he had slipped into a pond because he was rushing to school; how he and his brother enjoyed their first rodeo and many others. These was all new to me so I listened with awe.

When it was my turn, I went on to talk too about how I enjoyed reading so much and my interest in poetry and writing. He gave me a box of pocketbooks to read the following day, “here, they are all yours.” he said.

Several months later, I had saved enough money for enrollment but not enough to buy my school materials. That was good enough for me though, the rest can be remedied, I was sure.

It was after several months that Olive came into our lives. Unlike Myrna, I liked Olive immediately. She treated me like Dave did. Her kindness was from the heart, because even when no one was around she treated me like a younger brother. I came to know that she worked as a nurse in the Base hospital.

I can see that Dave was happier with Olive than with Myrna. They were so in love. I was not surprised when they told me they were getting married that coming June. I was happy for them! They assured me, I can stay with them for as long as I wanted.

But that was not what happened. Fate had more surprises for me – the following June, Mount Pinatubo erupted. Tons of ashes rained and all US bases (Subic and Clark) were abandoned by fleeing US soldiers. 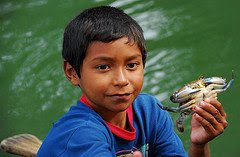 I was home helping my parents take shelter when the order for the evacuation of the US bases was given. I knew Dave would be looking for me. I braved the ashfall and rushed to Dave’s apartment… but he was gone. Olive was there, packing things in boxes.

“Umalis na siya” (He’s gone), she said with tears in her eyes.

I can’t help but cry too. Dave was gone! I couldn’t believe it. I had thought we would be together for long.

“Will you be okay?” I asked her , knowing she was feeling the same way, even much more perhaps.

“He promised to keep in touch,” she assured me. “He left something for you.”
She gave me a camera and an envelope… the camera ?

“It is brand new,” Olive said when she saw the question on my face. ” He knew about the first camera. It was Myrna. ” she continued.

I opened the envelope. There was green money – enough for me to pursue my ambition of going back to school. I cried all the more, thinking how generous he was. You can always count on him – my Boss Dave – NO – my friend Dave!

One important lesson I have learned is that, no matter what race one belongs to, there will always be the bad and the good!
Photo 1 by echoforsberg
Photo 2 by Bob Jagendorf