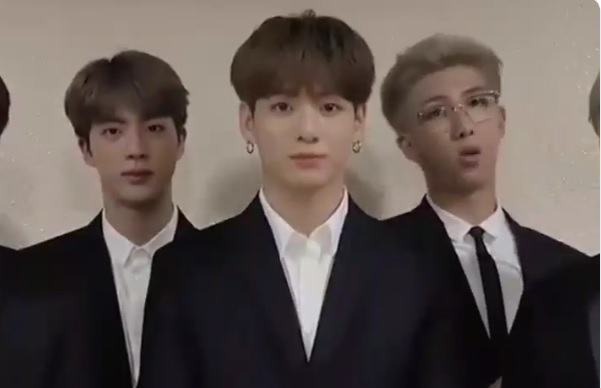 Some people think that ARMYs are a bunch of 12 year-old screaming school girls. However, as the GP become gradually exposed to the fandom and to more BTS content, they would realize that ARMYs are diverse and come from various ages, race and creed.

Yes, Virginia, the BTS fandom holds no age limit. That’s why those Hyundai, B21, and KB KOOKMIN BANK advertisements are all saleable.

Now, let’s meet the youngest BTS ARMY members. Some of the videos were posted a year before, so these young fans are a year older.

So instead of picking up her toys I got this pic.twitter.com/k4g1hIXHD5

This video is of 3-year old Vcitor uploaded by her mother Tati Lee. According to his mom:

“You asked for it, you got it. Here’s 3 year old Victor again living his normal Army life. %) Don’t forget about his very own hashtag #JHOPEboy. My Twitter is still the same: https://twitter.com/mommy_tanya”

Meet Mark. This was uploaded by kStar Trends.

This is from Joe Ducz.

“He just turned 5 and he loves kpop so much.He likes Jungkook too much that doesn’t want to get a haircut coz we might cut it different from Jungkook’s style.He even asked to dye his hair but he’s too young for it.When he’s old enough, we will watch BTS concert when they come to Manila. He even knows the title of BTS songs just by hearing them…”

An ARMY tot dancing to Idol. Uploaded by TaeVbangtan

A baby dancing to Run, uploaded by Justine Again.

I don’t own these videos. They belong to each of their creators. I credit all the indicated owners.

If you know of any young ARMY that should be featured here, kindly leave a link in the comment section of this post. Thank you.

Hurray to our young ARMYs. They are as passionate as the noona and ajuma fans.