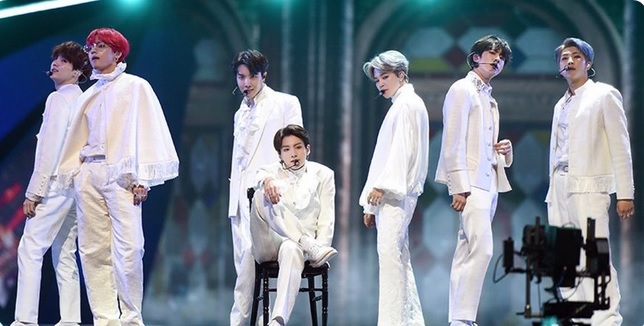 When almost everyone was wondering whether the legendary boy band, BTS; would be performing at the Grammys, Ariana Grande has shocked Twitter when she posted a tweet with a photo of herself and the septet.   Although the caption doesn’t specify what rehearsal, it’s assumed that it’s the Grammy as Ariana is scheduled to perform … Read moreAriana Grande Bump into BTS during Grammy Rehearsal