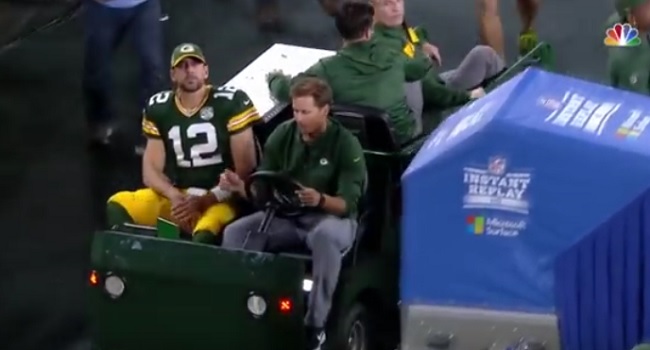 Aaron Rodgers was injured during the Green Bay Packers vs Chicago Bears football game, but he came back with a vengeance and won the game for his team with a final score of 24-23. He had thrown 286 yards and three Touchdowns, and ran with one injured knee. Thus, fans had funny and incredulous reactions … Read moreFunny Reactions to Packers Aaron Rodgers Incredible Comeback to Win Game against Chicago Bears