Pepsi and Coca-Cola are the two popular cola drinks and according to the follow-up research conducted by the Center for Environmental Health, Pepsi drinks still contain carcinogenic substances, specifically 4-methylimidazole, or 4-Mel in other US states, except California.

It is not clear whether other Pepsi or Cocal-Cola products in other countries contain the same amount of carcinogenic substances.

Reportedly, Coca Cola and Pepsi claimed that their drinks are safe but changes would be made to reduce the 4-methylimidazole, or 4-Mel content.

“Our testing shows Coke has changed – and now Pepsi says that their products will also be made without 4-MEI, but not until next February!”

Before people should swallow that good-tasting drink, they should have read this news about Pepsi and Coca-Cola, and the news report also by the Center for Environmental Health. 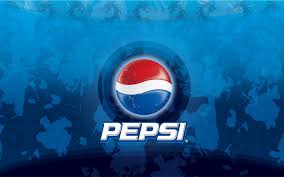 People might also want to know more about Pepsi and Coca-Cola. Consumers should not put the warnings aside because it is their health that is in danger.

Coca-Cola and Pepsi, or water and fruit juice? It is every individual’s choice.