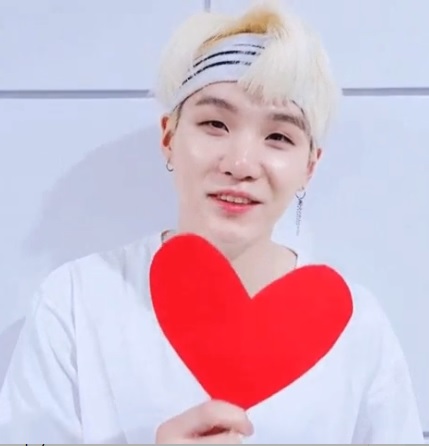 BTS’ Suga or Min Yoon-gi is the most ‘serious’ of the Bangtan Boys. You can often see him sitting or standing indifferently as his band mates are in various states of ‘dorkiness’. He speaks less, but when he does, everyone listens to him.

He is tagged as the “Grandpa” of the group because he’s cranky and sleeps often. Not everyone knows that this is because he stays late at night composing and writing songs. However, there are rare moments that he unleashes his funny side too with his waddling walk and funny dances.

Suga is more than a year older than RM, having been born in March 9, 1993. Together with RM, they were the first trainees for BTS. Suga’s name came from being the shooting guard in basketball, in which Suga was a star player during middle school, with his lay ups and 3-point shootings. Yes, aside from rapping, composing and producing music, Suga loves to play basketball.

According to his teacher at the Gwaneum Middle School, Suga was a responsible and good student, who fulfilled his obligations and never made excuses, even if he was already a composer/producer, busy in composing songs until the wee hours of dawn.

Suga also started learning how to play the piano during middle school and learned how to use the MIDI in his music in 7th grade.

Before enlisting with BTS, Suga was an underground rapper named Gloss.

He got inspired by Epik High and Stony Skunk to become a rapper, and since 13, he began his musical career.

He is now a full member of the Korea Music Copyright Association with more than 75 songs credited to his name.

As a producer, he won the Hot Trend at the Melon Music Awards for “Wine” sang by Suran, which he produced in 2017, and Best Collaboration with Lee So-ra for “Song Request” in 2019 at the Mnet Asian Music Awards.

Suga’s kindness was once witnessed by a trainee whom he had helped bring to the hospital during their trainee days. He had paid for the trainee’s hospital bill, despite being financial constraint himself at that time.

He once confided that during trainee days, he figured in a motorcycle accident, where his shoulder had been injured while he was working part time as a delivery boy. However, he didn’t say anything for fear of being removed from the BTS lineup.

There was a time that he and RM cried, thinking about whether they would ever debut or not. Both of them trained for 3 years before debuting in 2013.

He had also revealed later on that sometimes, people cheated him by running off with his compositions without paying him, and he was left with the option of eating and walking home, or not eating in order to ride the bus home.

Although, he had narrated the incident indifferently, apparently, it must have been tough for the budding teenage musician to undergo such hardships.

He doesn’t express his love for his band mates openly, but it’s seen in his simple acts that every BTS member appreciated.