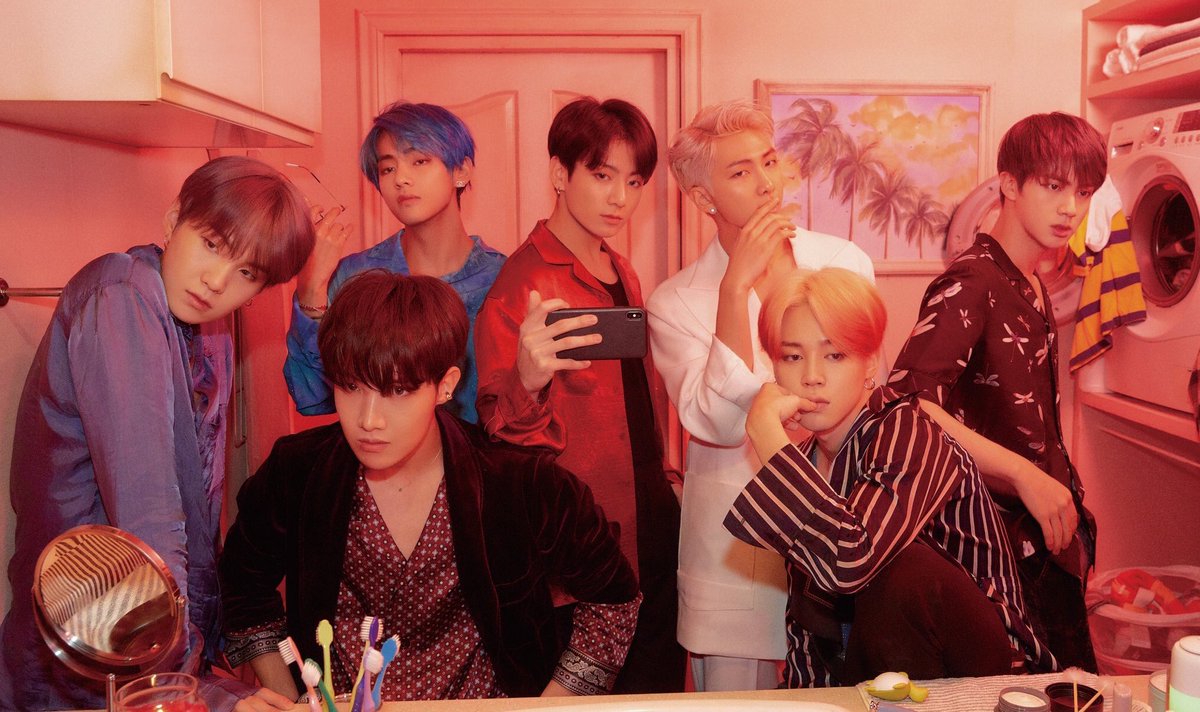 Airel’s room was a BTS haven. The walls were nicely draped with BTS posters and memorabilia. I was amazed at the BTS material that she was able to collect as an ARMY. Here’s how her room looked like. AWESOME!

(I had recorded the video of the room, but it got deleted. so sorry about that)

She had all the BTS albums and more; from vibrant bookmarkers, to adorable trinkets, to unique T-shirts, to flamboyant hats. It was as if BTS ‘breathed” life into the small, dark crevices of her room to illuminate and brighten up her surroundings.

We watched some of her BTS videos in their cozy basement and I enjoyed spending time with her – just ARMYing.

She gushed about the time she went with her mom to the Bangkok concert, and how at the middle of the concert it started to rain: “Everyone had raincoats on but we didn’t, so we were wet when we got back to our hotel,” she enthused; apparently not miserable about the mishap – but rather happy about the whole experience of being part of BTS’ last leg of the “Love Myself” tour.

She recounted how she had cried just watching the legendary boys RM, Jin, Suga, J-Hope, Jimin, V and Jungkook perform flawlessly just a few feet before her (they had a floor seat at the center facing the stage). They were so much more good-looking in person, she said.

They’re already so handsome on TV, so how can they be more good looking? I wanted to ask her, but I already knew the answer.

She was also lucky to attend the Rose Bowl concert with her dad. I guess her family can be considered an ARMY family, as her parents and her younger brother supported her ARMY activities.

Even Alexa was ready to play BTS.

She had clips of these concerts, but I wasn’t able to copy them, as my phone’s memory was full. But she had dozens of them. As an afterthought, I may request her to share them with me later on.

Airel is a loyal and genuine ARMY. For BTS, she had saved some of her pocket money to buy the albums and CDs. She plans to attend as many concerts as she can by saving.

Oh, she and her friend Logen were practicing the dance steps of “Boy with Love” just for fun. Here’s a clip of it.

Her mom once quipped jokingly: “I guess you have spent all your savings on BTS.”

And to that, Airel just smiled.

My conclusion is that – just like many ARMYs, the inspiration and motivation that BTS gives her is priceless – not equated to any monetary value.

I admire her for this. And yes, she’s in her senior year and a top student in her high school. I saw all her certificates and medals. It runs in the family…oops. Not bragging…it’s a fact.

I stayed for a week at my sister’s house overcoming my jetlag.

At my old age, it was tough to do it. I woke up at 3 am and stayed awake until 9 am, and then fell asleep from 9 am up to lunch time. This went on for days.

Also, the food was scrumptious but my sensitive tummy was still getting used to the big American servings.

To be continued. HERE’S the continuation (Part 6) of Traveling and Finding BTS in Most Unlikely Places

If you still haven’t read the previous chapters, here they are: