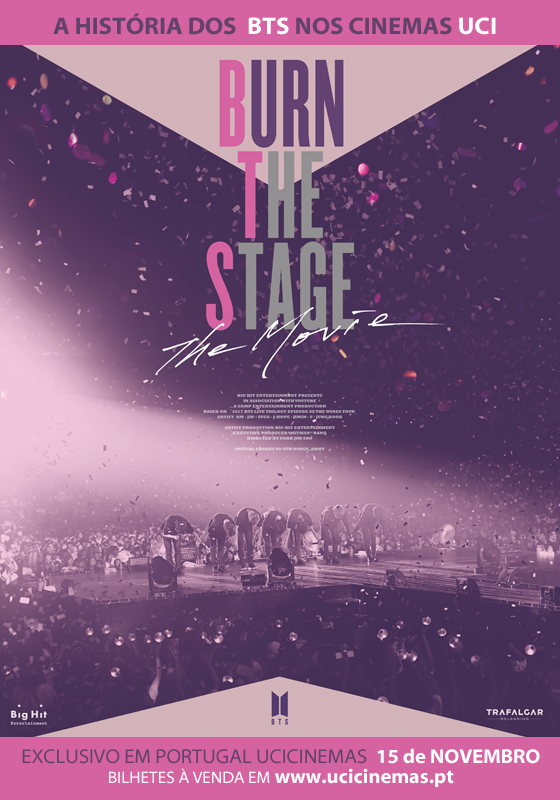 “WTH am I doing here?” this question popped in my mind as I noticed that I was the only person with gray hair among the throng of teens and young people lining up for the BTS movie. It was a Thursday – a week day – yet there was a queue for tickets, which rarely happens during weekday screenings.

The young people around me were jubilant; their faces shone with the vibrancy of youth, and there was a palpable feeling of excitement in the air. They were softly chattering to each other about BTS.

I look around me and a little bit farther away from me, I noticed a man in his early fifties lining up too. Well, at least there’s someone, who is at my age range, I thought. I sidled up to him and started a conversation.

“Hi,” I greeted him. “It’s good to know someone older is watching too,” I stated sotto voce.

He smiled and replied, “Oh, I’m not watching. I’m just queuing for the tickets for my daughter.”

I nodded, disappointed. “I thought I won’t feel so out of place.”

“My daughters are ARMYs, and it has always been the ritual for me to get the tickets and then line up for them. As soon as they enter the cinema, I’ll be gone.”

“Oh, I see,” I murmured, admiring his love and concern for his daughters.

Can you dig that? I didn’t know what to say.

The father went on to say that he had learned to appreciate BTS’ music through his daughters. I felt it was the same way with me as well. Due to my granddaughter, I was exposed to BTS’ music and the moment I started watching their videos, I was hooked, mesmerized, like someone ensnared in a magic charm.

I could no longer last the day without listening or watching them perform.
I wonder if it’s the same with every fan. Could someone enlighten my infantile fan-mind?
So, we finally were allowed to enter the cinema. The staff greeted us.

I smiled and replied back proudly, “Anneonghaeseyo!” I also knew phrases in Korean as I’m an avid K-drama fan. And mind you, BTS’ music has been featured lately in some K-dramas.

“She knows Korean,” the staff smiled back.

I was about to add in another phrase to impress them, but I forgot the Korean translation of “Just a few phrases.” Ha ha ha … is it “chokum?”

I got a dozen stares when I and my granddaughter snaked our way to a good position at the center of the balcony. But I felt invigorated to be among the youth. I have been retired from teaching college students for quite some time now; thus, it was great to be there among them. I should have stood there in front and lectured/shared with these young people my experiences as an ARMY, but I didn’t want to embarrass my granddaughter.

Much as I tried to deny it, I was thrilled to watch the boys on the big screen. “Kim Namjoon, Kim Seokjin, Min Yoongi, Jung Hoseok, Park Jimin, Kim Taehyung, Jeon Jungkook, BTS!” By now, I’ve learned the BTS fan chant. Thanks to my granddaughter.

I teased her at first, for her ‘obsession’ with BTS, saying what does she see in them? But now, I perfectly understand.

It was not SRO; there were enough seats for everyone. Nonetheless, the theater was nearly full. I thought to myself: “Most probably, the cinema would be SRO in the weekend.”

Out of the blue, a young girl appeared and started distributing purple arm bands for free.
Wow! I’ve seen this happen on YT – ARMYs going around distributing BTS mementos for free.

I can see her face shine with pleasure as she received “thank you’s” for her generous gesture. I received mine and expressed my own appreciation of her nice gesture. I was touched that such young people are demonstrating generosity, for the sake of BTS. This was my unexpected experience.

If this was the incredible influence of BTS all over the world, then they have indeed created a fandom that are not merely fans but are part of one big, happy worldwide family. For this, I tip my hat off for our little angels.

The purple ribbons were not enough, and the girl scrambled down to get more. “Hey, don’t spend all of your student allowance on ribbons,” I said loud enough for her to hear, but she went out anyway.

If I had enough cash, I would have contributed to her goal. I didn’t notice what happened afterwards because the screen lit up. There were shrieks of joy from the stoked audience; even BigHit’s logo received ample applause.

The screening started. I have watched only one scene on YouTube and the rest was new, so, I enjoyed the rest of the movie. There were moments that left you teary-eyed (I could hear sniffles around me), and there were scenes that made me choke with laughter.

The journey of the boys from being a rookie that nobody knew to the famous stars that they are now was one “helluva’ ride. Their struggles to stay afloat and continue in spite of difficulties, and their will to survive are traits to be admired and emulated.

Not every one of them was perfect at singing and dancing but patience, diligence and hard work had made them achieve their goals.

It was evident that even the boys themselves couldn’t believe the phenomenal popularity they are enjoying right now.

It was one inspiring and heartwarming movie.

At the end of the screening, the ARMY seemed to want more, but it was time to leave. What stuck in my memory was this quote, not the exact words, but the gist goes this way:

“We must learn to be happy. If we’re not happy ourselves, then what we say is a lie.”

From a senior citizen, here are my last words:

ARMYs or non-ARMYs, Go, watch “Burn the Stage: The Movie”, it’s worth your money and time!

5 thoughts on ““Burn The Stage: The Movie” a Senior Citizen’s Unexpected Personal Experience on BTS”