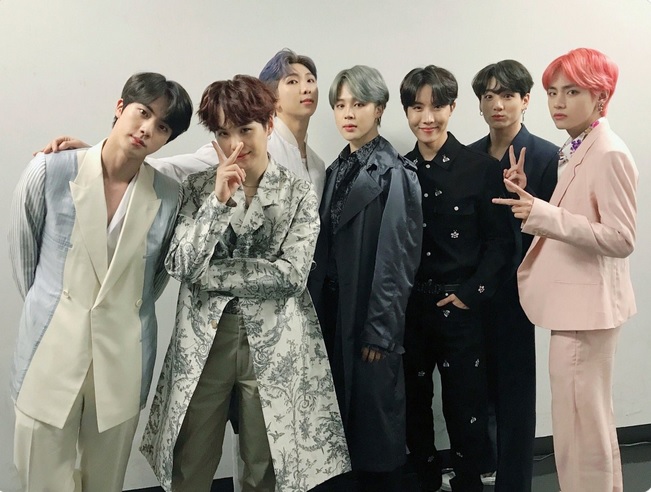 The year 2019 is only on its first month, but the Greatest Boy Band in the World has already broken records, to the delight of their fans all over the globe. BTS’ fandom, ARMY, continues to grow by leaps and bounds; ARMYs may enlist even creatures from another planet. Here they are:

1. Jimin’s first self-composed song, “Promise”, broke SoundCloud’s record for the highest streams debut on the platform. It recorded a total of 8.5M streams in 24 hours, surpassing the previous record of Drake’s “Duppy Freestyle”, which had 4.9m streams. “Promise” has now 15.3m streams to date.

“Promise” is also listed in The New York Times as among the 10 new songs to hear his year.

2. BTS Jungkook is one of the Best Nine Photos on Instagram. The solo photo belongs to Jungkook, with 2,550,203 Likes and 48.3k comments.

4. The traditional Korean-style cover for Billboard featuring BTS is a candidate for the American Society of Magazine Editors (ASME) Best Cover contest.

6. “DNA” MV has surpassed 590 million views on YouTube, and gained the most views in one day on January 5, 2019 with more than 1.5 million views. It’s well on its way to 600 M views and would be the first K-pop to achieve this historical record within that span of time.

8. “Begin” by BTS has surpassed 40 million streams on Spotify.

10. All BTS MV on YouTube are rapidly gaining views, with these Top 11 MVs: Credit to BTSWORLDWIDE on Twitter.

12. Love Yourself in Seoul Film will be screend on January 26, 2019. This film would surely surpass (again) all existing records.

13. Jungkook is “The Most Searched Member Worldwide”. On Google Trends, Jungkook was the Top 5 most searched BTS’s members in the last years. Jungkook ranked #1 in 106 countries, and #1 in 99 countries, up to January 3, 2019.

14. BTS’ “Run” Episode #57 is now the most viewed episode of the Run Series just within 3 days of its release.

16. “Fake Love” will soon be awarded the Platinum RIAA Certification.

18. BTS won the Global VLive Best Artist and Best V Original at the 2019 Golden Disc Awards, winning over the other contenders with over 33 million votes.

Undoubtedly, as the year progresses, there would be more incredible achievements by BTS. You can refresh the page later for more updates.

If you know of any BTS’ achievements this 2019 that are not listed here, you may add this information in the comment section below. Thank you.