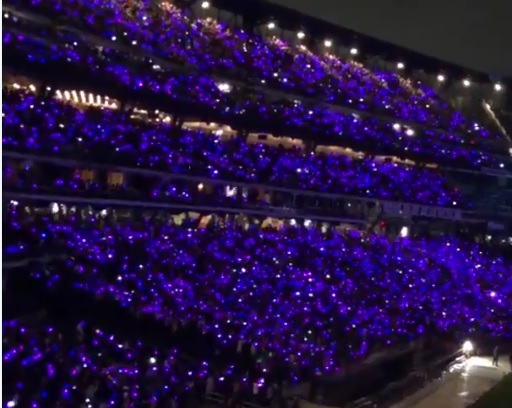 The world is excited about the BTS Worldwide Concert Tour this 2020, and many ARMYs are ‘praying’ that the 7 superstars would hold a concert in their respective countries.

The BTS fandom, ARMY, is everywhere, from Peru, to Brazil, to Chile, to the Philippines, to Hongkong, to China, to India, and to Japan. Even France, the UK, Italy, Spain, Africa, and the Netherlands have ARMYs eagerly waiting to watch the concert of the legendary band – in person.

With the release of BTS’ latest album, “Map of the Soul: 7”, the excitement is palpable in the air, although, BigHit Entertainment has announced that the world tour would start in April, still 3 months to go.

The response to the new album and its comeback trailer, “Shadow” by Suga (Min Yoongi) was phenomenal, wracking millions of views since its release.

It’s a fact that the fandom has again gained a steady increase in its numbers, and there would surely be mayhem in buying the tickets for the BTS World Tour this 2020.

Some fans described the purchasing of the tickets as the “Hunger Games”, where only the fittest can survive.

To add to that, there would be more fans to compete with, as the number of ARMYs increased exponentially the previous year.

BTS Worldwide Stadium Tour in 2019 was all sold out within minutes – twice in a row.

Hence, ARMYs are getting ready to purchase tickets for this 2020 BTS Tour. Many of them are also preparing this year’s schedule around the dates and venues of the septet’s concerts.

So, what are the predicted venues of the BTS 2020 Worldwide Concert Tour? Here are my predictions:

Remember, these are only predictions, so they are not official. Let’s see how many of these venues would be chosen by BigHit and BTS.

Good luck ARMYs with those tickets. Hopefully, everyone would secure a ticket of his own.
Let the Hunger Games begin!